As previously reported , on June 19, 2020, the PMPRB released its much-anticipated revised draft Guidelines operationalizing the amended Patented Medicines Regulations , with comments due by July 20, 2020 (since extended to August 4, 2020). The backgrounder that contextualizes its revisions to the draft Guidelines was released on June 22, 2020.

Generally, the revised Guidelines add complexity to the price review process for new patented medicines. Compare the schema in the initial draft Guidelines to the revised version: 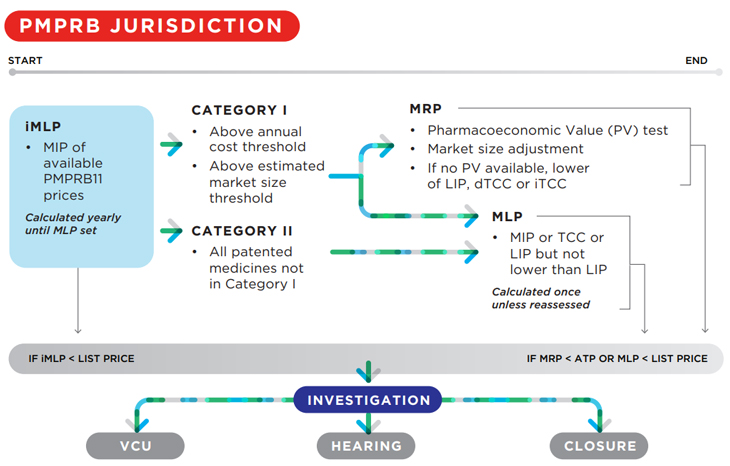 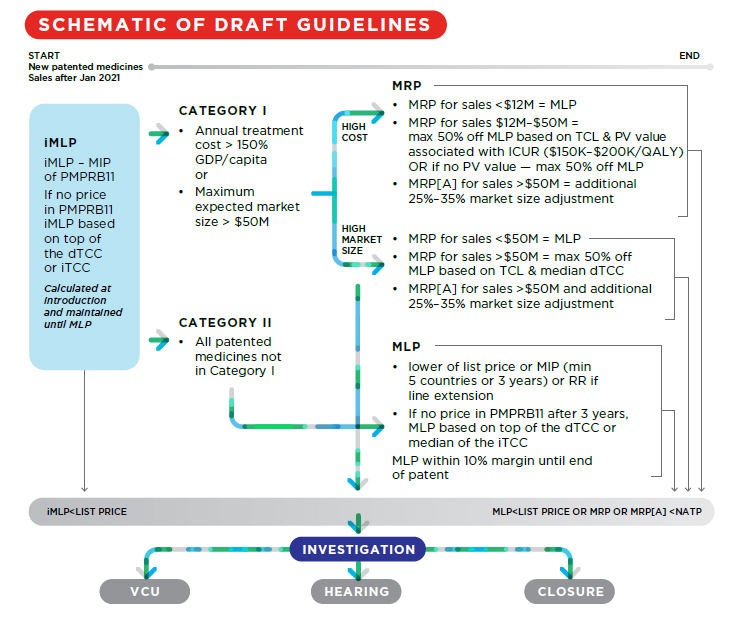 In the first draft of the Guidelines, Line Extension and Gap products were not specifically addressed.  The current draft now defines:

Under the initial draft Guidelines, the MLP of Grandfathered Medicines was set as the lower of (i) the median international list price for the PMPRB11 countries for which the patentee has provided information, or (ii) the price ceiling under the February 2017 version of the Guidelines.

Under the revised draft Guidelines, the MLP of Grandfathered Medicines and Line Extension medicines is set at the lower of:

(i) the highest international price (HIP) for the PMPRB11 countries for which the patentee has provided information; or

Under the revised draft Guidelines, the MLP of gap medicines is set as the lower of:

(i) the median international ex-factory list price (MIP) for the PMPRB11 countries for which the patentee has provided information; or

(ii) the patented medicine’s ceiling (e.g. the NEAP) under the current Guidelines.

The NEAP may be renegotiated for Grandfathered, Line Extension and Gap patented medicines “if the MLP is set by the patented medicine’s NEAP and if there is evidence that its calculation was uncharacteristically low due to the reporting of benefits, the patentee may submit a request for a higher MLP”.

Grandfathered, Line Extension and Gap patented medicines will be subject to a MLP but not to a Maximum Rebated Price (MRP).

3. Increased thresholds for Category I designation of New Patented Medicines

Notably, neither biosimilars nor generics will be designated Category I even if either of the above thresholds are met.

As previously, the price of Category I medicines is capped by the Maximum Rebated Price (MRP). However, under the revised draft Guidelines, the MRP now takes into account a medicine’s Therapeutic Criteria Level (TCL).  Levels of therapeutic improvement are a central feature of the current price review process.

The TCL sets a price reduction floor depending on whether the relevant medicine has been designated Category I based on its market size, cost relative to GDP in Canada, or both.

As the MRP is now also a function of the TCL, which will be confidential, it should be more difficult to reverse engineer the MRP, addressing stakeholder concerns from the initial draft Guidelines (see Backgrounder).

Medicines designated Category I based on cost relative to GDP

For medicines with a treatment cost exceeding 150% GDP per capita and (i) for which a cost-utility analysis is available and (ii) which have an estimated or actual maximum revenue greater than $12M per year, the TCL affects the Pharmacoeconomic Value Assessment used to calculate MRP (see Appendix C). More specifically, the TCL dictates both the Pharmacoeconomic Value Threshold and sets a price floor relative to the Maximum List Price (MLP):

Medicines designated Category I based solely on market size

For medicines designated Category I based solely on market size and which have a market that exceeds $50M, the TCL sets the price floor for the domestic Therapeutic Class Comparison (dTCC) test used to calculate the MRP (see Appendix A): 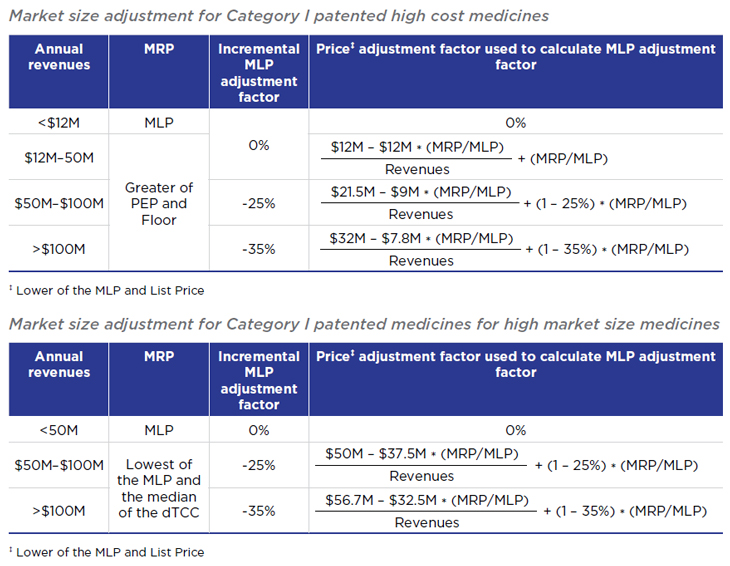 Despite months of consultation, many questions remain unanswered in the revised draft Guidelines.  For instance, the Guidelines do not speak to the content and form of information to be supplied—these and other important details are to be found in the Help section of the online filing tool, which is not yet publicly available.  In addition, the revised draft Guidelines were not released with Case Studies, which can be important to understanding how the Guidelines will ultimately be applied.

Despite these uncertainties, patentees should nonetheless promptly consider the changes to the draft Guidelines and in particular, the impact on Grandfathered, Line Extension, Gap and New Patented Medicines. This information may inform submissions to the PMPRB during the consultation period.

Should you have any questions, please do not hesitate to contact a member of the Life Sciences Regulatory & Compliance Group.