This article was originally published by Noelle Engle-Hardy.
February 17, 2021

On February 15, 2021, the Federal Court of Appeal issued its decision dismissing an appeal from the Federal Court’s trial decision in Loblaws Inc v Columbia Insurance Company, 2019 FC 961. As previously reported, Pampered Chef, a Berkshire Hathaway company and a world leader in the sale of premium kitchenware products, successfully defended a claim for trademark infringement, passing off, and dilution/depreciation of goodwill brought by Canada’s largest retailer, Loblaws Inc. (“Loblaws”), in relation to its use of a trademark that includes the letters “P”/“C”. Pampered Chef was successfully represented before the Federal Court of Appeal by Mark Evans, Steven Garland, Graham Hood, Noelle Engle-Hardy.

In the 1980s, Loblaws launched its private label brand, President’s Choice, and the companion brand PC, in connection with food and grocery products. Over time, Loblaws’ use of the PC mark expanded into a range of products and services, including PC branded kitchenware and houseware products, a PC reward incentive program, PC insurance services, PC financial services and PC travel agency services.

Loblaws registered both the marks PC per se and the PC script logo below (collectively, the “PC Marks”) for a wide range of goods and services including kitchenware and houseware products: 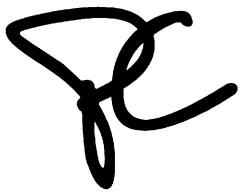 Pampered Chef makes and sells high-quality kitchen tools. It primarily uses a direct sales model, through which its products are sold via in-home and online cooking and catalogue parties. Pampered Chef also sells its products through its own website, and its independent consultants also promote and sell Pampered Chef’s products online, including through social media and by means of “virtual cooking parties”. In 2015, Pampered Chef updated its branding, adopting a family of marks that included the logos below: 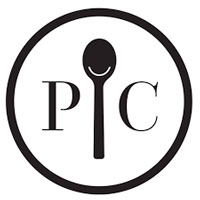 At trial, Loblaws alleged that Pampered Chef’s use of its Short-form Logos with kitchenware products infringed Loblaws’ registered rights in its PC Marks. Loblaws also argued that consumers who had never heard of Pampered Chef could first be exposed to its Short-form Logos without previously or simultaneously encountering Pampered Chef’s name or Long-form Logo, leading those consumers to think, for a brief moment, that they were viewing a PC branded product produced by Loblaws.

Justice Southcott found that Loblaws’ PC Marks and Pampered Chef’s Short-form Logos bore some resemblance, and were used in the course of selling similar goods to the same customers. Nevertheless, he ultimately found that confusion was unlikely for various reasons.

The Federal Court of Appeal

First, Loblaws argued that the trial judge erred in finding the degree of resemblance between the parties’ marks was not particularly strong, due to visual differences between the marks. According to Loblaws, a finding that the competing marks were identical in sound should have sufficed to establish a strong degree of resemblance. The Court of Appeal disagreed: although the Trademarks Act states that resemblance is to be assessed in “appearance or sound or in the ideas suggested by [the marks]”, it is clear that the word “or” is intended to be inclusive, and the trial judge was correct to consider the appearance of the marks in addition to their sound. It was therefore open to the trial judge to find that the design element in the Short-form Logos diminished the resemblance between the marks.

Second, Loblaws argued that the trial judge misapplied the “nature of the trade” factor under the Trademarks Act because, in Loblaws’ view, he failed to consider the fact that both parties target the same class of customers. The Court of Appeal rejected this argument: the trial judge had fully considered the parties’ customer bases in his analysis of the “nature of the wares, services or business” factor and he found that the overlapping customer bases favoured Loblaws. Justice Southcott was alive to the issue, and he was not required to reiterate this analysis when considering the nature of the trade.

Third, Loblaws argued that it was inappropriate for the trial judge to draw an adverse inference from the absence of any evidence of actual marketplace confusion because no such evidence was readily available. In particular, Loblaws argued that the parties had only coexisted in the marketplace for 2-3 years and, in Loblaws’ view, first-time customers would be unlikely to complain to Loblaws because they would ultimately realize they were purchasing a Pampered Chef product by the time of purchase, even if such customers were initially confused.

The Court of Appeal rejected this argument and made it clear that there is no set period during which competing marks must coexist before an adverse inference may be drawn. While a measurable amount of time must pass before a negative inference may be drawn, the duration must be assessed in light of the circumstances of each case. Although the parties’ marks only coexisted for 2-3 years, Pampered Chef’s evidence showed a high volume of sales during this period. It was open to the trial judge to infer that, if there was a likelihood of confusion, the intense exposure of the marks on social media would have given rise to some evidence of actual confusion, particularly given Loblaws’ robust customer service department and trademark enforcement and monitoring programs.

Finally, Loblaws argued that Justice Southcott placed too much emphasis on the difference between the parties’ channels of trade and that it was a fundamental difference of which consumers would be aware. Loblaws further argued that some consumers would “not know anything about Pampered Chef”, including the way in which it markets its products. The Court of Appeal rejected this argument and found no error in Justice Southcott’s view that consumers were unlikely to be confused as the evidence showed that Pampered Chef’s Short-form Logos were deployed together with its corporate name or Long-form Logo.